What’s going on at Soilworks

Proper track maintenance is a big part of BMX racing – something that often goes unseen but is still vital to BMX riders’ safety and success. Soilworks’ patented Soiltac has proven to be a strong performer in providing a consistent track experience that it has been used for Olympic BMX tracks in 2008 and 2016.

David Dorofee has really seen the sport of BMX grow through the years. He is currently the track operator of Egg Harbor Township BMX Race Track (EHT) in New Jersey. The track is one of the oldest BMX tracks on the east coast. It recently underwent renovations from two companies that worked on the 2016 Olympic BMX Track to improve quality, including using Soiltac by Soilworks to preserve it against the elements and working with Elite Trax to modernize and expand the track.

“It was an honor to work on this track,” said Tom Ritzenthaler, President and Founder of Elite Trax. “It’s very well kept and you can tell that the community takes pride in it. This is also a very well-known track that’s been around for a long time. We came in and re-arranged turns, re-arranged the jumps to bring it up to todays’ BMX riders expectations.”

The renovation extended the track from 1,000 feet to 1,140 feet, modernized the turns and made it much steeper and faster to ride on. One of the goals was to make the track more open and visible for spectators to see the race at events.

“The volunteers at the track were all amazing and easy to work with, an outstanding group of people,” Ritzenthaler said. “We did a lot of work re-modeling that track in only five days and it rained for four of them. They had Soiltac already sprayed on the track and that made it easier to work on parts of it even in the rain. At one point we dug up an area to put in new water drainage pipes and we saw all the different layers of track that had been put down over the years and all of the different materials they used, ranging from crushed limestone to gumbo clay. It was interesting to see all of the materials they used in the past to try to improve the track. We think that the Soiltac they’re using now will work best for this track.”

“David seems very happy with Soiltac’s performance on his track,” Carpenter said. “We’re happy we could provide the Egg Harbor Township BMX Race Track with Soiltac to meet their needs.”

The EHT BMX season runs from April through November. A lot of weather elements can occur over that time period that could damage the track. Dorofee says Soiltac makes the track much stronger and safer since it prevents erosion damage, which could cause accidents and lead to injuries if not fixed.

“Before Soiltac, sometimes the rain could loosen the dirt, create a rut or alter a jump and that could really throw you off in the wrong direction if you hit it wrong going full speed,” Dorofee said. “Soiltac provides a more consistent track that lasts the whole season. When we first started using it, we didn’t know what to expect. Soiltac did everything they said it was going to do and more. It’s really easy to apply. We mix it ourselves and spray it on the track through a garden hose.”

The EHT Track is very popular, averaging about 50 riders a day and during big races as many as 700 or more riders. EHT Track regularly hosts USA BMX sanctioned events with participants coming in from around the country. One more benefit Dorofee says is that Soiltac guards against the cancellation of any major events due to weather.

“You could have 1,000 people turn out for a big race and a sudden rain storm could roll through causing mud on the track so you had to cancel or delay,” Dorofee said. “Now Soiltac prevents that so the track stays hard and now all you do is sweep off the water, all the lines are still there, and you’re good to go.”

This high volume of riders on this track was another factor Elite Trax built into the upgrade design.

“It started in the 80s with a bunch of kids biking on a dirt hill and that was it,” he said. “Slowly they added in jumps and it grew to now, where we have seven-foot-tall jumps 30 feet long, it’s gotten much more complex. Every track operator has their own idea of how the perfect track should be. It really depends on the skill level of the riders.”

There were many things to consider when working on the track, Ritzenthaler said.

“We had to consider and accommodate all age and skill levels,” he said. “We needed it to be safe for younger riders, yet challenging enough to keep it interesting for more advanced and older riders. Riders will be able to go so much faster and there are much smoother and steeper turns. It’s much better for racing now. We think every BMX biker from age 3 to 73 is going to like the changes to that track.”

Elite Trax is also the same company that built the 2016 Olympic BMX track in Rio, sealed with Soiltac. That Olympic track was praised by the first American Olympic BMX Gold Medal winner Conner Fields, who said in a radio podcast interview it was the best quality track he’s ever ridden.

Dorofee said it’s great to have the same Olympic quality elements added to the EHT racetrack and that seeing the sport grow as it has to now being included in the Olympics is wonderful on many levels.

“BMX being included in the Olympics is the best thing to happen for the sport in a long time,” he said. “It takes a very specific set of skills to compete in BMX at that level and having a consistent, well-built track to ride on is super beneficial. Also it gives the younger riders something to strive for. They see BMX in the Olympics on TV and gives them a goal to one day represent their country in BMX at the Olympics. It’s a huge thing for the sport.”

Dorofee says proper track maintenance is a big part of the sport of BMX that often goes unseen, but is vital to BMX riders’ safety and success.

“Many people don’t think of the amount of time, effort and planning that goes into operating a BMX track,” Dorofee said. “We’re all volunteers and it’s a ton of work. We often joke that we get paid in children’s smiles. We mainly do it for the kids because it gives them somewhere safe to go and practice and get better. That’s why we do it.” 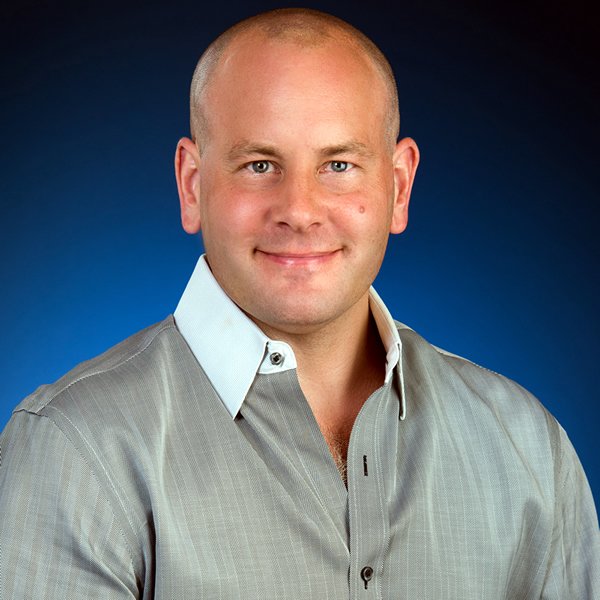 Chad Falkenberg is the founder, chairman and CEO of Soilworks, the world’s leading provider of dust control and soil stabilization solutions. Falkenberg founded Soilworks on strict philosophy of establishing the industry’s standards for superior performance, accountability and environmental stewardship. 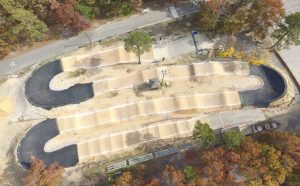 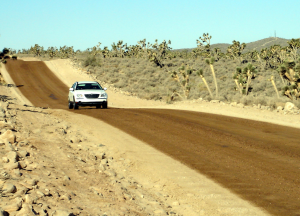 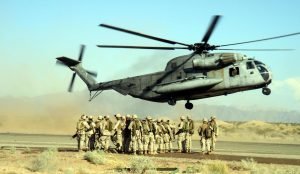