Antrax is an acute infection of cattle, sheep and other grazing animals transmitted zoonotically to humans or by direct human-human contact. In 1875, Robert Koch was the first to identify and to show the pathogen transmission routes (Koch, 1876). There are three forms of the disease according to these routes: gastrointestinal, pulmonary and cutaneous. Bacillus anthracis [phylum: Firmicutes] has a worldwide distribution. As already mentioned, B. anthracis’ spores are highly resistant to environmental conditions and can prevail for decades (Willis, 2004), therefore historically being considered as the ultimate biological weapon. Recently, Lewerin et al. (2010) reported on an outbreak of anthrax that occurred in a beef cattle herd in the southern part of Sweden, 27 years after the last outbreak. Following an

on-site/laboratory combined investigation, the authors concluded that the contamination source was roughage (in spite of a negative laboratory analysis). The roughage contained soil and dust from a field that had been flooded in the previous year and had dried up in the following year as a result of a very dry summer. According to local history, it was reported that in the early 1900-s during anthrax outbreaks animal carcasses were dumped in the flooding river; therefore it is very possible that long-standing anthrax spores remained in this area. A closely related picture was described in Lake Rukwa Valley, Tanzania, where an epidemic of 239 human cases occurred (predominantly of males between 15 and 35 years old) (Webber, 1985). The infective source was meat from animals dying of anthrax, however no intestinal cases were reported. Interestingly, the epidemic was seasonal, reaching a peak towards the end of the dry period when cattle were close grazing, and declined rapidly once rains commenced and grass began to grow.

In another episode, Fox et al. (1977) described an epizootic anthrax event in Falls County, Texas during June and July, which resulted in the death of 236 animals (228 cattle, 5 horses, 2 mules, and 1 pig) on 48 premises without any cases of human illness. According to these authors, anthrax spores were apparently precipitated by drought, and infection appeared to be the result of intrinsic ingestion of contaminated soil and grass. Buravtseva et al. (2003) reviewing anthrax epidemiological data following floods in the Southern Federal District regions of Russia, reported that no epidemic complications were noted in the affected territories during the year of 2002.

In simulation experiments of arid environment (sand) contaminated with bacterial spores, common wind erosion  preventive  materials  (such  as  Surtac  and  Soiltac®)  were  topically  applied  to  prevent  airborne spores’ dispersion (Lloyd et al., 2006). Surtac is a solution comprised of a carbohydrate polysaccharide blend, surfactants, mordants and water while Soiltac is a polymer-based emulsion; both are biodegradable materials. Both Surtac and Soiltac were effective dust palliatives reducing the spores’ spread due to the solidification of the top surface forming a solid crust. 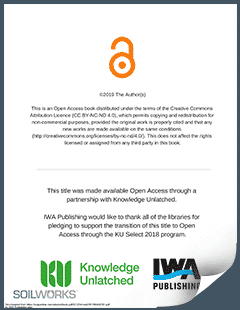